There are constant breaks between torture sessions so that the victim doesn’t begin to ‘Habitualize’ to the pain, meaning so the pain level and pain threshold of the targeted individual does not also increase so that the pain becomes more bearable. So, to prevent an increase in the pain threshold of the target they give the target periodic breaks between torture sessions. They are not using a mouse or a screen. They are using two interfaces against you and all TI’S: a brain to computer interface and an electronic brain to brain interface. You have been ‘CLONED’ to a supercomputer and to the DIA operator/behavioral scientist who is monitoring you, known as handlers. There are usually four to six of these because they work in shifts. Once the handler places the electronic helmet on his head and achieves Integration Completion with the targets brain, then there is at that moment an remote tie between the brain of the handler and your brain. They can see through your eyes. They can hear through your ears. They can feel what you feel, both physically and psychologically, etc. They can literally read your mind and hear your thoughts at speed of light (energy travels at speed of light) in ‘Real Time’ as you are thinking them. Then they will constantly inject, using a continuous remotely applied stream of directed electromagnetic energy, which is specifically tuned to your unique brain wave frequency known as your ‘Specific Residence Frequency’ various thoughts, emotions, memories, aromas, images, etc. because it is a fabricated and falsified stream of electromagnetic energy designed to mimic the normal electromagnetic emissions of your brain. The torture is absolutely necessary in order to map out you brain by remotely measuring your responses over a long period of time and then integrating those response statistics into RNM data they can use on you in the future for the purpose of Remote Neural Manipulation of your mind. There is no mouse or computer screen. It is an electronic brain to brain interface using similar technology like that which is used by pilots of the new stealth F-35 fighter which is controlled by the pilots thoughts, not manually. They can manually override if necessary and inject whenever they wish. No, just like the F-35, the trigger is their thoughts and the targeting camera is their eyes. If they think ‘burn his left arm’ then your let arm will burn, etc. Trauma Based Mind Control cannot exist without extreme trauma and pain.
WELCOME TO THE MONARCH PROGRAM.

This story was co-published with Mashable.

First documented in a forthcoming paper by researchers at Princeton University and KU Leuven University in Belgium, this type of tracking, called canvas fingerprinting, works by instructing the visitor’s Web browser to draw a hidden image. Because each computer draws the…

How occultism relates to the NWO in a 3 minute video.

Strange, isn’t it, that the system supposedly representing the apex of human development — even the end of history — has no place for ethics or morality.

Perhaps this becomes inevitable when an ideology develops to the point where the economy is considered to be outside the environment. From that dubious — to put it overly modestly — vantage point, the journey to seeing the environment, and the natural resources and life it contains, as nothing more than a cow to be milked at will is not a long one. A forest counts as nothing unless it can be monetized, which often means knocking it down. Clean air? Clean water? Luxury items for those who can afford them, and thereby profits for those who can bottle it and create a market for them. 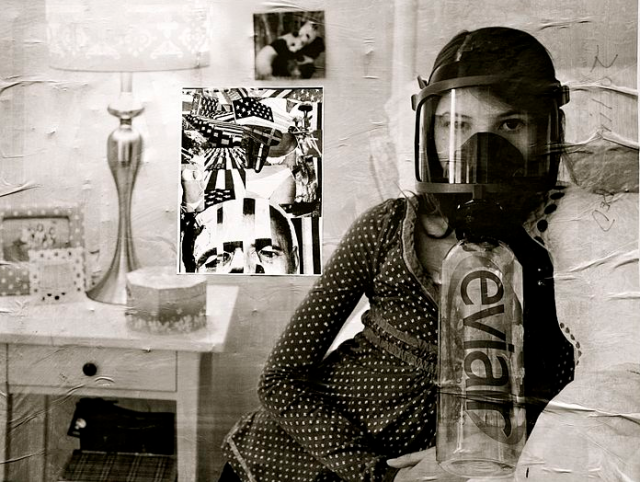 http://tinyurl.com/5s5wnl
The National Center for Victims of Crime – Video Voyerurism Law for each State.

The European Parliament A4-0005/1999 Paragraph 27 calls for a worldwide ban on weapons that might enable “any form” of the “manipulation of human beings”.
http://peacepink.ning.com/profiles/blogs/european-parliament-a40005…

(8) Massachusetts: Chapter 170 of the Acts of (2004) Possession of electronic weapons

(12)  Michigan House Bill 1026
For the re-opening of investigative hearings into the Counter- Intelligence Program (COINTELPRO) and other intelligence and law enforcement programs and agencies, and an expansion of those hearings to include renewal of previously curtailed abuses, and other activities sanctioned by the USA PATRIOT ACT.

The European Convention is still the only international human rights agreement providing such a high degree of individual protection. State parties can also take cases against other state parties to the Court, although this power is rarely used. There are comparable protections issued in the Bill of Rights under the United States Constitution as well as the English Bill of Rights. I used the European Convention on Human Rights as it is an International Agreement.

Article 8 provides a right to respect for one’s “private and family life, his home and his correspondence“, subject to certain restrictions that are “in accordance with law” and “necessary in a democratic society”. This article clearly provides a right to be free of unlawful searches, but the Court has given the protection for “private and family life” that this article provides a broad interpretation, taking for instance that prohibition of private consensual homosexual acts violates this article.

A victim may recover compensatory damages,

International criminal justice standards and Non Lethal Weapons NATO policy that express : … “The research and development procurement and employment of Non-Lethal Weapons shall always remain consistent with applicable treaties, conventions and international law, particularly the Law of Armed conflict as well as national law and approved Rules of Engagement.”

“NON-LETHAL” WEAPONS It is difficult to oppose the development of new means and methods of warfare, which would lead to fewer deaths, injuries, disabilities or deprivation to civilians. However, the term “non-lethal weapons” is applied to a range of old and new weapons the use of which is, purportedly, associated with low lethality. Such weapons can be classified according to how they damage or incapacitate the human body. The following categories of weapon have been cited as having “non-lethal” capabilities: kinetic energy (rubber bullets, sponge bullets, etc.); entangling technologies (nets, sticky foam); chemical weapons; biological weapons; acoustic beams; electric shock technologies; infrasound; and electromagnetic waves of a variety of wavelengths.10